The slower you pedal, the slower you go. Not to mention that the best method of investing at the moment is tossing a coin. Or you may have to make long-term decisions by analyzing Powell’s relationship. But there is better. Now people make different decisions by listening to the same thing twice. This is just a brief summary of what happened yesterday. I think it’s time for the weekend. Seen even on vacation for two months.

We’re not going to lie to each other, we spent the day thinking what Powell would say to Congress. The day before he addressed the Senate to say he was motivated to fight inflation – which is just a BIG surprise – he also said that raising rates could eventually lead to a recession – which was OUR BIG surprise – but on on the other hand, he also added that THE Fed WAS NOT THE MAIN GOAL TO INTRODUCE THE ECONOMY INTO A RECESSION. And we did not expect this at all.

No, the whole market was even more convinced that Powell and the Fed had harmed us. Especially since they decided that they would no longer do “everything necessary” to support the economy, and especially the markets.

No, I’m kidding, of course. I am ironic. I’m sorry, but when I read the “reactions” to Powell’s comment, the reactions that sound so outspoken and surprised, I can’t help but be ironic about it. All this becomes pathetic, and in 24 hours we may faint from surprise, because the head of the Fed managed to REPEAT the same (more or less) before Congress. Not only did he say the same thing, but we were able to react differently than the day before.

Rising rates could lead to a recession

That’s why Jerome Powell addressed Congress yesterday. People are different, but still politicians. Another discourse, but the moments are exactly the same. Let’s go back to make sure:

On Wednesday, Powell said his priority was to fight inflation. As crazy as it sounds, he said the same thing again on Thursday. In different words, because between them he bought a dictionary of synonyms. But still the same. And I think if he had testified before a football team in Congress Square today, he would have said exactly the same thing. Except that the football team in question will not understand a word of what he meant, but it is likely that Powell will have some time to confirm his intention to fight inflation.

On Wednesday, Powell said that if rates rise, it must fight inflation, and that it could also have consequences for the economy and lead to a recession. BUT … Yes, because there is always BUT somewhere … But, according to Powell, creating a recession is not his main intention and that, according to him, the economy looks strong enough, like the consumer, to withstand the shock. Well, you know what? During his testimony on Thursday, he repeated the same thing. Pretty consistent dude.

But that’s not all

For now, if I summarize: the testimony on Wednesday was the same as on Thursday. This proves that Powell is not an obsessive, alcoholic, drug addict, or Jehovah’s Witness, and that he can maintain the same course of action for at least 24 hours. Which is much more than the average investor in 2022. But why then did we finish on Wednesday, and last night took 1% on the S & P500, 1.6% on the Nasdaq, and Europe ended in a pie ???

Well, who cares about Europe, it’s because of the jet lag and the fact that they did not have time to listen to the same testimony TWICE and extract the whole essence from them to separate the wheat from the chaff. Suddenly, they were blocked by the galloping inflation that threatened us, as well as by the end of the world, which was approaching by leaps and bounds. But then why were the States ??? Knowing that with the same information, the day before we dropped ??? 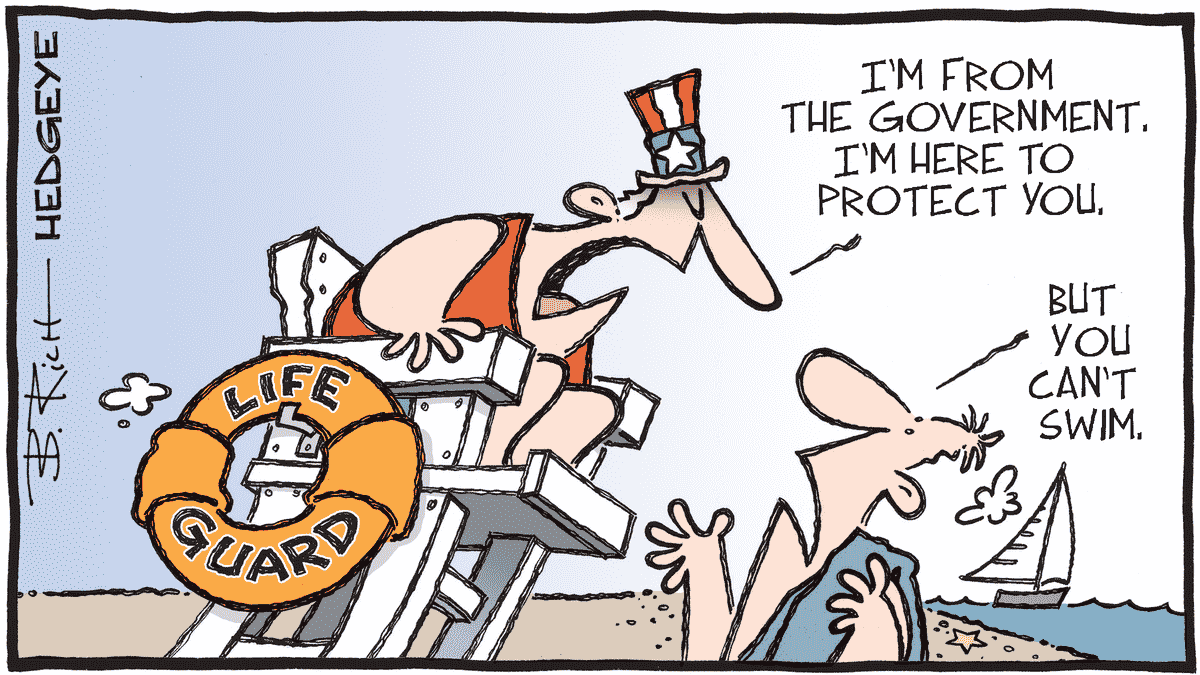 So you will probably tell me: “Yes, but somewhere in the market, probably, something happened that attracted the attention of investors, pushing them to buy the market…” FIRNYA !!! No!!! Make no mistake, the market is only interested in Powell and his good words !!! Today I woke up at 3 o’clock in the morning, and all I meet are articles full of sympathy and a hasty analysis of what the Fed boss said. It’s very simple, last night Microsoft announced a merger with Apple, and Amazon bought Telsa, Twitter and Google. Not to mention that Coinbase and Binance have gone bankrupt and bitcoins have fallen to $ 12. The Wall Street Journal would still put its first page with the head of the Fed on the full page with the title “the second testimony that changes EVERYTHING !!! “.

In fact, the increase in yesterday’s session is due to the fact that Jerome Powell added a short sentence in his speech yesterday. He added the following step:

“If inflation shows signs of slowing in the coming weeks, the Fed may reduce the intensity of rate hikes.”

And it was clearly music to the ears of the market. No, because the market thought that if inflation starts to fall, the Fed is going to raise rates even higher to bring inflation to its knees and break its hind legs until the economy enters a severe recession and the S & P500 falls to 666, as Nouriel Roubini predicted 13 years ago. So suddenly, when we heard that if inflation was lower than inflation, we would raise rates less, we suddenly felt relieved. And the indexes are mounted. I think we can say that this market is temporarily COMPLETELY. I know it’s vulgar and dishonest, but I think sometimes you have to call your names …

We must understand this from yesterday. And especially now, when we have been told the same thing twice in different words, adding several times that no one wanted to harm us. It seems that something has changed in the mental configuration of the market. True or not, I don’t know, but this morning we suddenly meet experts who say that the market may recover, that if inflation falls in the second half of the year and the Fed raises rates lower than expected, the bull market may return, and it will Christmas party.

In short, all this is to tell you that yesterday we focused on Powell’s second testimony and that because the sky is blue, the birds sing louder and only in the top 50 titles, not to mention that Powell suddenly looks much nicer . So far nothing, but then nothing has changed. Ukraine is still at war, it is still shit to find the smallest electronic component for the manufacture of the first mixer, rare metals for electric batteries are still rare, if not more, and the real estate market is on the brink. Yesterday, 30-year mortgage rates in the US were about 6%, we are beginning to think that the next domino will be real estate, and the price of wood is falling. But we’re cool, Powell said that if inflation goes down (one day), he’ll raise rates LESS. That is, if we are in paradise and that all is well in the best world !!!

As for the rest, I will not bother you anymore, we are still preparing the same air and the same theories, so we will be simpler:

This morning Asia is everywhere. The Nikkei rose 0.8%, Hong Kong jumped 1.4% and China rose 0.4%. Oil is worth $ 104.33, gold is worth $ 1,826, and bitcoin is rising above $ 21,000 as Binance boss announces that we’ve probably seen the worst. Therefore, we are confident that cryptocurrencies are becoming as political as our good old stocks and other index experts. Just like meteorologists who watch frogs in banks to see if it will rain or not.

But first of all, remember (in addition to Powell’s unconditional support) that goods are falling for a few days, and that we are now telling ourselves that if raw materials fall, it means we are going to pay the least and inflation will start , and Powell will raise rates LESS. It’s amazing how far-sighted we are. I catch my breath. I must say that the wonderful world of finance is really wonderful, we are so strong, beautiful and smart. Mostly smart.

The news of the day, in addition to 214 analyzes of Powell’s testimony and 389 explanations of where the pillars are, how far the rebound can go and when the recession will be assessed in the market, also mentions Ray Dalio, who continues to shorten the European market like a beast. and he is utterly frightened by the fact that inflation will devastate Europe while the ECB sits ass on a chair and prepares sudoku, waiting for it to pass.

It should also be noted that the study estimates that coronavirus vaccines have avoided 20 million deaths. I would like to know how they came to this figure and who decided to say 20 million? No, because I would say “ONE BILLION”, it still sounded cool. There is also the United States Supreme Court, which recognized the constitutional right of people to carry firearms publicly for self-defense by repealing New York State law, which was intended to try to avoid new mass killings… But obviously, if we still had the slightest doubt that judges of the Supreme Court are absolutely stupid, this doubt is removed. We see again that the last massacre will take exactly a month to completely forget, and the pathetic speeches of politicians who said that it is INADMISSIBLE for a weak teenager to have access to weapons of war are no longer heard in the press. for three weeks.

Otherwise, to celebrate the environment, Germany is returning to full coal because Putin wants to give them more gas. An angel with the ESG logo on his wings passed by. But fortunately, we continue to drive full-fledged electric vehicles to save the planet – electric vehicles loaded with coal plants – To continue the same theme, Germany has refused to do without heat engines in 2035. So while the French save the planet from an environmental catastrophe by driving a Renault Twizy through the streets of Paris, the Germans are racing the RS6 on the streets of Berlin. And first of all, NEWS OF THE DAY: Musk didn’t say anything and he still hasn’t bought Twitter.

Figures of the day

In terms of today’s figures, there will be NO THIRD POWELL’S TESTIMONY to tell us that if inflation goes up to 2% next week and COVID recovers, it will bet zero and inject $ 1,000 billion into the economy. But on the other hand, Germany will have an IFO, full of guys from the ECB who will talk, but we don’t know who it is. And then the Federal Reserve Bullard will give his second opinion in a week, and the University of Michigan will provide us with up-to-date information on consumer sentiment and what he plans to do with his freezer and refrigerator for weeks, months and years to come.

At the moment, futures are in explosion mode, increased by 0.8%, and the bullish market (almost) returned. Thank you, Mr. Powell. Well, until next time. Have a nice weekend, great Friday. I’m going to bed, I’ve been thinking too much this week. I can’t wait for the CPI and quarterly results!

“Success is like pregnancy, everyone says: congratulations! But no one knows how many times you were fucked. “