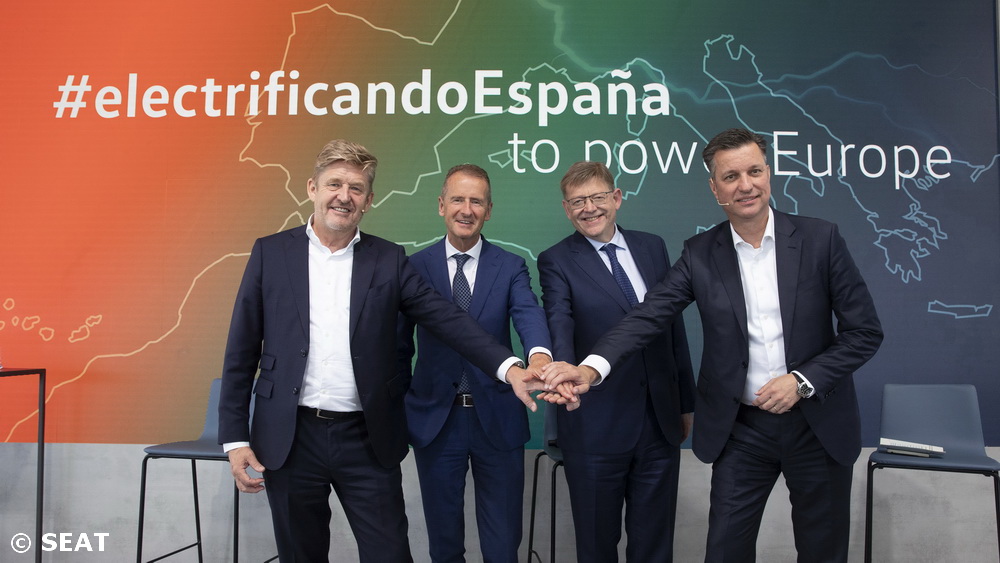 The Volkswagen Group has just confirmed its intention to make significant investments to turn Spain into electric mobility. This is due in part to the electrification of SEAT, the group’s Spanish brand. Announcement of its CEO Hubert Diss took place while visiting the site where his future Gigafactory will be located. Gigafactory, which will be powered by a photovoltaic power plant built by energy company Iberdrola. But to make the largest industrial investment in the country, the Group is seeking support from the Spanish government. As a result, he applied for a strategic program LOSS dedicated to electric vehicles and vehicles with a connection. He should get help without any problems. Prime Minister Pedro Sanchezwho took part in this visit, eagerly wanting the Spanish car industry to switch to electricity. 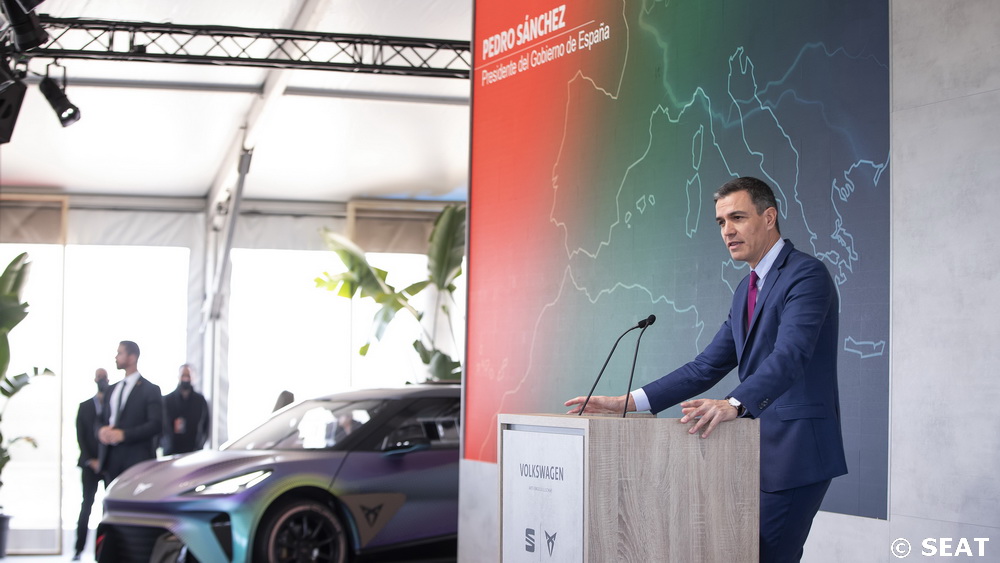 Volkswagen Group, SEAT and their partners plan to invest 10 billion euros in Spain. In addition to creating a complete ecosystem of suppliers, this investment will create a Gigafactory of batteries. Batteries for electric vehicles are manufactured at SEAT’s plants in Martorelli (Barcelona) and Pamplona. SEAT SA, part of the Volkswagen Group, designs, develops and manufactures cars in Spain. Vehicles, of which it exports more than 80% and which it sells under the SEAT and Cupra brands. By 2025, SEAT SA plans to invest 5 billion euros in the development of new models and electrification of the range. In particular, it intends to play an important role in the electrification of urban vehicles. At the same time, special attention is paid to the transformation of the Spanish automotive industry.

Application for the PERTE program

To make Spain the European center of electric vehicles, the Volkswagen Group needs the support of the Spanish government. To obtain it, he submitted documents to his project partners The future: rewind, his application for the PERTE program. According to Hubert Diss, it is Strategic project of economic recovery (LOSS in Spanish) serves as a model for Spain on how to transform traditional industrial structures. Sharing the government’s vision, the Volkswagen Group is ready to embark on this transformation. However, he needs PERTE funds, in particular for the construction of the Gigafactory. The production of batteries alone requires an investment of 3 billion euros. Therefore, the first step is to verify his application for the program and complete the construction permits.

The first Gigafactory in Spain 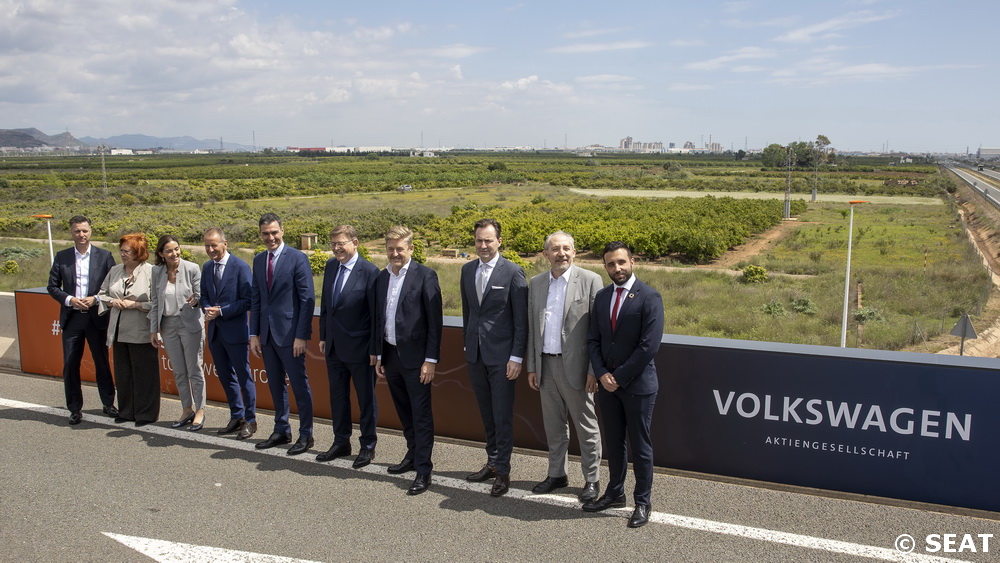 Volkswagen Group will build the country’s first 200-hectare Gigafactory near Valencia, in Sagunto Park. This battery plant will cover an area of ​​200 hectares and will employ more than 3,000 people by 2030. Its construction will begin in the first quarter of 2023, and production will begin in 2026. It will be the third of six Gigafactory that the group plans to build in Europe. It will have an annual production capacity of 40 GWh and will provide all the elements used in Martorell and Pamplona. Volkswagen sees sustainability and a closed value chain as the key to increasing battery production. By adopting a local approach, the new plant in Valence will also become a model of the circular economy. In addition, the electricity that will supply it will come from 100% renewable energy.

Volkswagen and Iberdrola have actually signed an agreement to build a photovoltaic power plant in Sagunto. The agreement provides for an investment of 500 million euros, which will prevent the release of 200,000 tons of CO2 into the atmosphere each year. This solar power plant, which covers an area of ​​250 hectares, will provide green energy to Gigafactory in less than 10 km. In the first stage, it will provide 20% of the energy needed for this battery plant. For Iberdrola, this is a strategic project that is part of its commitment to decarbonising the industry. This world leader in renewable energy intends to bring competitive energy to Gigafactory. It also intends to help improve energy efficiency and electrify processes, such as heat pumps or green hydrogen.