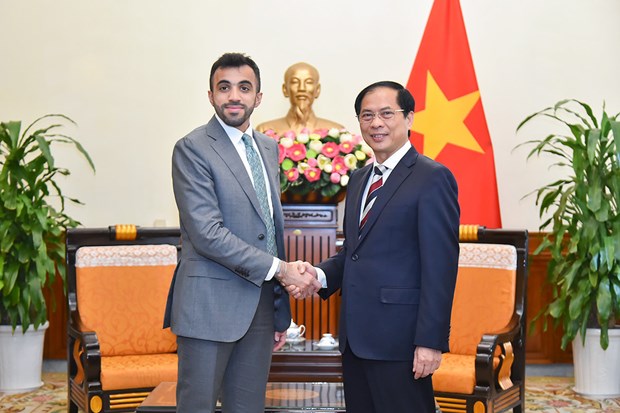 
The head of Vietnamese diplomacy reaffirmed that Vietnam has always attached great importance to friendship and multifaceted cooperation with the United Arab Emirates, one of Vietnam’s main trade, investment and labor partners in the Middle East.

Bui Thanh Son welcomed the rapid and dynamic development of bilateral relations, including a 21% increase in bilateral trade to $ 5.3 billion in 2021, and they are approaching the 30th anniversary of diplomatic relations in 2023.

He called on both sides to intensify the exchange of delegations and to organize a second political consultation between the two foreign ministries as soon as possible, and to work together to strengthen bilateral cooperation, especially in the economy, trade and investment, such as trade. delegations, exchange of market information.

Welcoming the proposal to establish a Business Council of the two countries, he confirmed that Vietnam will create favorable conditions for Emirati companies to participate in projects in Vietnam, and invited them to invest more in agriculture and speed up the two sides to sign talks, including , a memorandum of understanding in the field of finance and banking.

Abdul Nasser Al Shaali said that the UAE appreciates the role and influence of Vietnam in the Asia-Pacific region; Reaffirming that his country seeks to promote its multifaceted cooperation, especially economic, with Vietnam, accelerate the establishment of the Business Council, negotiate a Free Trade Agreement and strengthen cooperation with ASEAN.

During a meeting with Vietnam’s Assistant Foreign Minister Nguyen Thanh Hang, both sides welcomed the close coordination and mutual support in international organizations, as well as the growth of trade in 2021, despite Covid-19.

On this occasion, both sides organized a round table with the participation of many Emirati companies working in the fields of transport, finance, investment, education and energy. 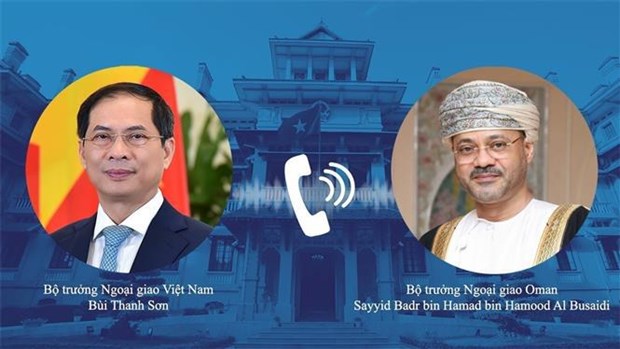 Bui Thanh Son praised the progress of Vietnamese-Omani friendly cooperation over the past 30 years in politics, diplomacy, economics and trade, with trade almost doubling in 2021 to $ 338.1 million, as well as the effective work of Vietnamese-Omani investment fund (VOI). ) in the field of water management, agriculture, health care and renewable energy.

The ministers agreed that the potential for bilateral cooperation between Vietnam and Oman remains very important, especially in the fields of economy, trade, investment, labor, agriculture, fisheries and seaports.

They discussed and agreed on many measures to further strengthen and increase the effectiveness of cooperation between the two countries in the near future. – VNA– VNA