(OBARA CAPITAL) – In 2013, the agribusiness sector in Africa was worth about $313 billion and employed 70% of the poorest people on the continent. The potential of the sector is so promising that international organizations express their optimism, announcing the possibility of tripling this value and creating additional jobs to lift millions of people out of poverty.

A report published in March 2013 by the World Bank confirms that such a perspective is not utopian. The document asserts that African agribusiness has the means to reach a trillion dollars by 2030. If this optimistic scenario is justified, African agricultural exports will largely dominate the world market, food self-sufficiency will be achieved, farmers on the continent will become more competitive and able to breathe new life into the economies of our states, which are already experiencing difficulties in the global economic situation.

By 2025, Africa will import some of its food, worth an estimated $110 billion a year. Since June 2020, challenges such as the coronavirus pandemic and climate change have pushed more than two-thirds of households into food insecurity. Added to this. it is rising food prices and population growth.

Therefore, the agro-industrial sector is now a priority not only for the countries of the continent, but also for private entities. It is correct that many strategic panels and round tables such as “Food Security: How the Private Sector Can Contribute to Self-Reliance “or” Competitiveness of agribusiness in Africa were dedicated to the contribution of the private sector to achieving food self-sufficiency, during the 8th edition of the Africa CEO Forum, which took place from 13 to 14 June 2022 in Abidjan.

Among the hundreds of business leaders present at the event, billed as the largest gathering of the private sector in Africa, was Bernard Aiti, managing director of OBARA Capital, the first African hedge fund launched in 2018. It does not miss the opportunity to remind about the potential of African agriculture and the duty of every business entity to support it in order to make food sovereignty a reality. ” We must change the paradigm regarding the agricultural sector that exists todaywithtoday it is valued in most African countrieshandas a daughterdre-existence Outside‘food self-sufficiency, African states must realize their agricultural potential. To do so, they must identify their respective competitive advantages and invest strategically, combining private investment and targeted public policy.is (are)land security, R&D, tax measures, etc.). This will allow‘Africa will participate in the new global agreementostratusworld economy thanks to the advantage of the agro-industrial complex. he scored 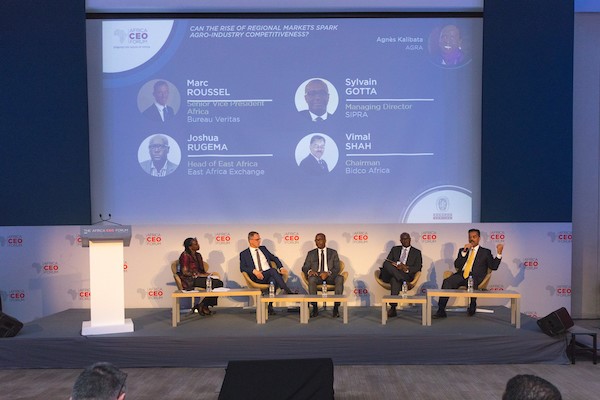 OBARA Capital is credited with raising funds made in favor of several companies in the agricultural sector. In Benin in 2021, Société pour le Développement du Coton (SODECO), a leading African cotton gin with 17 factories located throughout Benin, has raised more than €250 million over three years with the support of OBARA Capital to diversify its funding sources. The rigor of the company and the quality of the commercial relationships it was able to develop defined these important fundraisers. “This operation is consistent with‘ambition‘OBARA Capital is to provide financial resources to African champions, especially those in the agricultural sector.dres on terms that allow them to compete with their international counterparts. » hassaid the managing director of OBARA Capital after the company’s latest fundraising of 80 million.

In the same year in Côte d’Ivoire, in particularly difficult conditions marked by the coronavirus pandemic, Kineden, a cocoa trader from Côte d’Ivoire, with the advice of OBARA Capital, was able to enter the offshore financial markets, attracting a fund of 8.5 million euros from an international bank, which enabled him to finance his cocoa production campaign in 2021-2022.

This type of initiative and action creates value for African private investors in the agribusiness sector, while offering them efficient financing solutions adapted to their specificities; This contributes to a virtuous circle that undoubtedly contributes to the food sovereignty of the continent.

Convinced to invest in the agricultural and agri-food sector, African heads of state and government signed the Comprehensive African Agricultural Development Program (CAADP) a few years ago to eradicate hunger and reduce poverty through agriculture. The latter, having signed this agreement, agreed to invest at least 10% of their budgets in agriculture and to increase the productivity and processing of agricultural products by at least 6%.