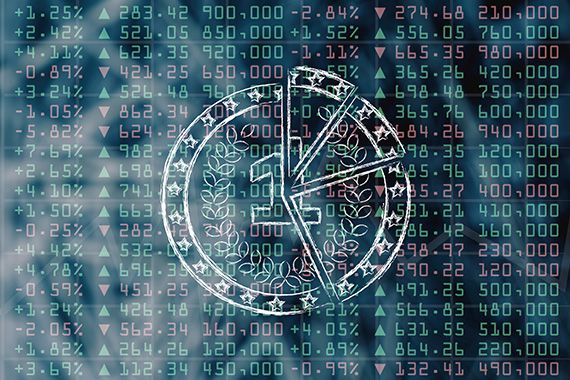 STRATEGY. At the end of the winter, Amazon and Alphabet announced that they would split their shares: each holder of securities will receive twenty shares, which are worth twenty times less. Apple and Tesla also split their shares in 2020. How can you justify a change of four thirty cents per dollar?

Share section (divide shares) does not occur at any time. Typically, a company begins to share shares when its shares have risen sharply after a long period of steady growth.

“The general idea, as a rule, is to make the action more accessible to more investors,” said Charles Marcott, portfolio manager at National Bank Financial. By the way, the split could also make it easier for employees of companies like Amazon, who are sometimes paid for shares, to manage the securities they hold.

In the case of Alphabet, for example, the stock was worth about $ 2,750 when the split was announced. As soon as this is realized in July, and assuming that the shares are always traded at the same price, each shareholder will see that the price of his shares will fall to $ 137.50 and receive 19 additional shares of the company.

“The $ 2,000 title is not available for all wallets. Thus, separation allows people to invest in a company when they could not or did not want to do so before, “- says Charles Marcott.

“If I want to put shares in my client’s portfolio, but I want that company to be no more than 3% of the total value invested, sometimes it is impossible to put shares in the portfolio when their value is too high,” he said.

Theoretically, a split in stocks can thus lead to some enthusiasm for a security and, consequently, to an increase in its value. In practice, this subject remains poorly studied in financial literacy.

In the case of Amazon, some speculate that the decision to split the stock may also be justified by the desire to include its shares in the calculation of the Dow Jones Industrial Average (DJIA).

This index, although many experts consider it insufficient to determine the heart rate of the American market, even archaic, is one of the oldest stock market indices in the United States. Calculated on the basis of 30 star stocks, it occupies an almost mythical place in the collective imagination of Wall Street and world finance. Except to be included, securities should have similar meanings: the DJIA’s calculation methodology is such that companies are weighted in an index according to their share price, rather than their market capitalization, as is more generally the case.

After the split, Amazon’s name would be among the values ​​of the companies included in the Dow Jones calculation.

Charles Marcott believes that the inclusion of Amazon in the Dow Jones could help create enthusiasm for the title. “The market for exchange-traded funds has exploded in popularity, and some of them are tracking indices. If suddenly a new security is included in the index, these funds will have to buy it. It can create volume. “

That said, should the split be a reason for an investor to rush into the stock? Experts consulted Deals can’t be less sure.

“The division does not change anything in terms of the value of the company. It only multiplies the paperwork, ”says Jean-Philippe Tart, a finance teacher at HEC Montreal.

Yes, some investors will try to speculate on securities to be split. Believing that a number of new investors will want to buy the relevant shares, which will potentially create additional volume and, consequently, increase the price, they could buy the security in anticipation of reselling it at a higher price later.

However, for an investor who relies on financial and fundamental analysis, the split will not change much. The quality of the balance sheet remains the same, the board of directors remains competent (or not), and the processes remain the same.

The distribution of shares can sometimes improve the liquidity of the security and, consequently, its distribution between rates and requests (spread rate-ask), is considered as the cost of the operation. This is less true for very large companies, as their securities are bought and sold on an incomparable scale. In the case of Amazon, for example, four million shares change hands on average every day, says Jean-Philippe Tart. “However, some Canadian or small-cap companies in the United States may see an advantage in improving liquidity in this regard, in the division of their shares.”