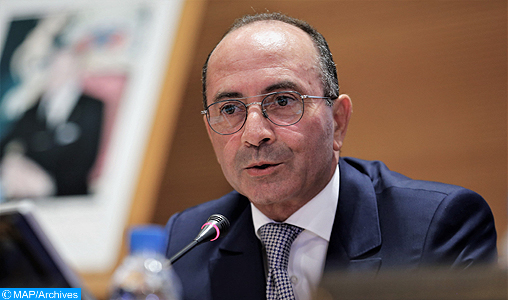 Paris – Morocco called on Thursday in Paris to strengthen economic cooperation between African countries and OECD countries, using the huge potential of Africa.

African regional value chains remain marginal and depend almost exclusively on foreign sectors, so it is important for Africa and OECD member countries to accelerate development that creates jobs, added value and technology transfer for the benefit of the African continent, said Noureddin Bensuda, Treasurer of the Kingdom. a roundtable discussion on strengthening regional production networks in Africa on the occasion of the Ministerial Council meeting to be held in Paris on Thursday and Friday.

Structural constraints limit the prospects for this integration, which are related to the low level of industrialization of the continent, low level of added value, as well as the quality of infrastructure, which in general remains insufficient and needs-oriented. non-African markets, said Mr Bensuda, who represents Economy and Finance Minister Nadezhda Fettah Alaui at the ministerial meeting.

To meet the challenge of regional integration and make it a lever for sustainable development that benefits the Kingdom and its African partners, the Economic, Social and Environmental Council advocates, based on the enlightened vision of His Majesty King Mohammed VI, to promote common development. Mr Bensuda noted that it was a way to promote mutually beneficial partnerships in terms of economic development, solidarity, exchange of know-how and improving the well-being of the population.

The Treasurer of the Kingdom stressed that Morocco was one of the first countries to sign the Continental Free Trade Agreement (ZLECAF), as it had been a forerunner for almost two decades, emphasizing the importance of expanding South-South cooperation at the continental level. , based on win-win approaches, by pooling resources and capacity to build a better common future, adding that the Kingdom’s integration into its continental space has materialized over the past twenty years through a series of measures and actions.

These include diversifying trade and concluding a number of agreements on cooperation in education, health, education and agriculture, investing in key sectors of the African economy such as finance, telecommunications and basic infrastructure, and implementing social projects. -economic development or even the exchange of their successful experience in several areas of structuring.

In addition to completing the ratification process of the AfCFTA, other ways to strengthen value chains should be explored, Mr Bensuda said, referring in particular to the development of cooperation with regional economic communities and the adoption of a regional sovereign risk assessment mechanism. African countries to reduce the cost of borrowing and promote economically sustainable financing and the creation of regional value chains with high added value and strong social impact on the population, including agriculture, textiles, the automotive industry, tourism, higher education, innovation, culture and sustainable development. .

Morocco, through the Ministry of Economy and Finance, is one of the founders of the OECD Initiative for Political Dialogue on Global Value Chains, Transformation and Industrial Development, your reminder.