For Jean-Pascal Fam-Ba, the energy transition is not a fashionable expression. Especially an electoral argument. This is a topic that has occupied his days for over twenty years. And sometimes his nights. I must say that this lawyer, who became an entrepreneur, calls himself an idealist in this field. Convinced and extremely devoted optimist, who does not waste his time sticking his nose to books, acts to find a solution. Mainly in terms of energy. This is exactly what he did in the 1990s, when as a business lawyer he advised giants in this field. He did the same in the 2000s, when he co-founded Solairedirect, a pioneering company in the field of solar energy. He is still doing this from 2015 to 2020, when he heads the Terrawatt Initiative, an NGO that advocates for solar energy globally. So much so that he is gradually becoming one of the most educated characters on the planet on the subject. “He knows energy very deeply. He is a true thought leader. testifies Wilfried Lauriano Do Rego, Chairman of the Board of KPMG France. He is both convinced and convincing. He is the one you want to listen to.“

“He is a good man who adheres to his beliefs in everything he does,” said Philip Zauati, Mirova’s general manager.

Very quickly a man manages large-scale affairs: restructuring of regulated groups, mergers and acquisitions, lawsuits … Mainly in one sector: energy. For twelve years, a lawyer informs himself, observes, digs, exchanges … “I really had dirty hands. I learned a lot. I became more and more aware that energy is at the center of our lives. That nuclear energy was limited and it was important to find alternatives.“ Because he likes to solve problems, optimist Jean-Pascal Fam-Ba imagines a solution. Like most experts in the field, he knows that solar panels are the most serious and logical result. So when one of his former clients, Thierry Leperk, told him he wanted to start a company capable of producing competitive solar energy in large quantities, the lawyer left the profession. With six partners, he founded Solairedirect in 2006. His role in the pioneering company in the field of solar energy? The legal dimension, of course, as well as financial, tax and insurance issues.

Yes, but nothing is planned here at the moment. There is no legal framework, no normative dimension, no financing model, no contractual rules… There is only a 2006 decree that sets out the conditions for the purchase of electricity “produced by installations using solar radiation energy.” “The prices were sky-high! We were convinced that solar energy, in order to last, must be available to everyone. Therefore, the government should provide for a gradual reduction of these tariffs“, explains Jean-Pascal Pham-Ba, who will be one of the first Frenchmen to provide a legal and economic basis for solar energy production. “It was both exciting and wonderful. We really, deeply wanted to change the world for the better.“

“He knows the energy industry very deeply. He is a true thought leader. We want to listen to him, ”said Wilfried Lauriano Do Rego, Chairman of KPMG France

And it works, the market develops. Solairedirect consolidates and manages to produce large amounts of energy. So much so that Jean-Pascal Fam-Ba and his associates consistently raised six and then twenty million euros. At the time, the company had 250 employees and several subsidiaries in India, South Africa and Chile. Until Engie bought it in 2015. “Joining a group of this size was the best thing that could be done for an activity that requires very high working capital.“, – he explains pragmatically.

At the same time, Jean-Pascal Fam-Ba is committed to COP21. He uses this event to promote solar energy around the world. In an effort to raise awareness, he co-founded the Terrawatt Initiative, a non-profit organization he co-founded in 2016, with Isabel Kocher and Thierry Lepperk, two key figures in Engie. An important turning point in his career. The man created an international network and became a real benchmark in this field. 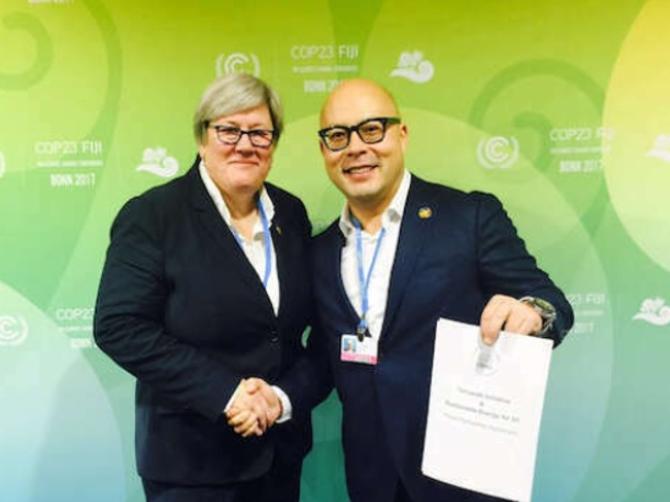 His ambitions? Transforming the way the global energy system is developed and financed. Jean-Pascal Pham-Ba goes on a mission and persuades several leading private players, such as Total, KPMG, Société Générale, Blackrock and many others, to take part in the initiative. “It was important for us to contribute to this topic, explains Wilfrid Lauriano Do Rego. The challenge was to make solar energy accessible to all, especially in developing countries. To do this, it was necessary to build a huge financial mechanism.“Bringing the colors of the sun to the four corners of the globe, enlisting the support of the most influential decision-makers, establishing a regulatory framework, presenting standardized contracts … With Terrawatt, Jean-Pascal Fam-Ba and his team work on all fronts.

In 2020, the Terrawatt project will disappear for various reasons. We are not talking about demobilization. Jean-Pascal Pham-Ba is a strategic advisor for various players who want to contribute to this energy transition. Convinced that dialogue and education are necessary to consider the positive evolution of society, he is involved in the creation of the media. “ethics“,”engaged“and”independent“: Mentors”.The war in Ukraine shows us that we must stop supplying ourselves with Russian gas. We have both financial and technical capabilities. But the hysteria of debate and political blockades are preventing us from moving forward. I can’t stay idle in the face of this.“

“He is a lawyer who, in order to understand how to achieve a real energy transition, was able to understand the topic as a whole. He knows how to talk to everyone about it. “, Cecil Martin Phipps, Director of the Institute for Sustainable Development of the Francophonie

Deciding, the man wants to move the lines. With this in mind, he, along with other colleagues and several partners, created the law firm Paradigm, which deals with sustainable innovation and energy transition. The structure, which will have offices in London, Paris, Brussels and Rome from September 2022, is already actively working on several issues related to infrastructure, stable financing and stable accounting standards. It also intervenes in the context of new climate litigation and supports initiatives in Africa and the Middle East. It will also support any legislative changes aimed at accelerating the emergence of renewable energy sources in Europe. And that’s not all. For the action, Jean-Pascal Pham-Ba also plans to take the head of the SER (Renewable Energy Union). A legitimate candidate? “For me, this means all the checkboxes for the function, assures Wilfrid Lauriano Do Rego. In addition to his skills, knowledge in the field, he has a real ability to listen, which is important for such a position.».

“His profile is unique, testifies Cecil Martin Phipps. He is a lawyer who, to understand how to achieve a real energy transition, was able to understand the topic as a whole. He knows how to talk to everyone on this topic. He is a real promoter.“Creating connections between several worlds: energy, finance, politics, public. Worlds that rarely intersect. Except when your name is Jean-Pascal Fam-Ba. “He is very technical and at the same time he has a global vision of the paradigm shift that needs to be implemented in our society, Leila Hubo, also a lawyer, testified. His approach is truly humanistic.“ 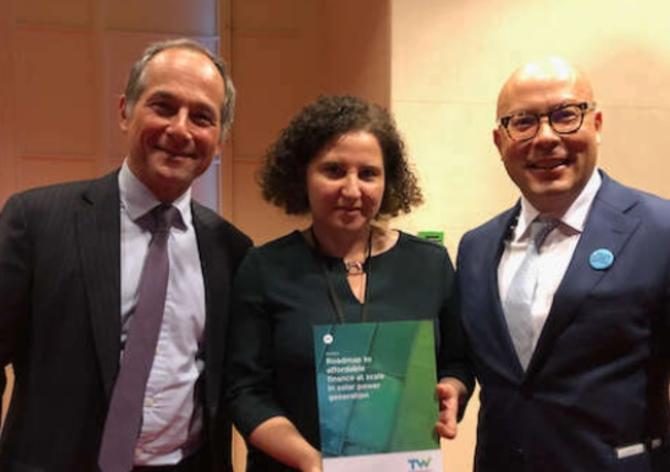 To get out of the punitive image of ecological transition, to condemn the danger – at all levels – of the current energy system, to explain that tomorrow’s energy system will be more efficient … This is a huge challenge that this utopian intends to accept. under any circumstances, stay on the ground. “I want to succeed in reconciling interests and implementing concrete and truly useful actions“, – concludes Jean-Pascal Fam-Ba, who, in fact, has only one obsession: to leave a better world to his three children. Quite simply.