German technology group Bosch announced on Wednesday that it will invest 3 billion euros ($3.01 billion) in chip production by 2026. The company said it plans to open two new development centers in Germany and expand its wafer manufacturing plant in Dresden. Bosch said its plan would increase chip manufacturing capacity in Europe in a global market still dominated by American and Asian players. Thus, the company seeks to receive funding from the European Union (EU) within the framework of large projects of pan-European interest.

The Covid-19 pandemic has caused a chip shortage, and its long-term effects, including the spread of the virus, labor problems and geopolitical uncertainty, have exacerbated it. Chip shortages will continue until 2022, and every link in the global supply chain continues to be extremely disrupted. While some experts believe that the situation will improve this year, others are convinced that the crisis will persist in 2023. There are no signs of a short-term recovery, but Europe wants to force the situation by multiplying investments in chip manufacturing infrastructure.

Much will calm down in 2022, but bottlenecks will still remain in 2023. Certain industries may need fewer chips if demand falls due to a possible recession, but that’s not something to build a strategy on,” said Bosch CEO Stefan Hartung in an interview. Earlier on Wednesday, Bosch announced it would invest 3 billion euros in chip manufacturing by 2026, the latest in a series of companies using European support for the industry to reduce dependence on electricity. 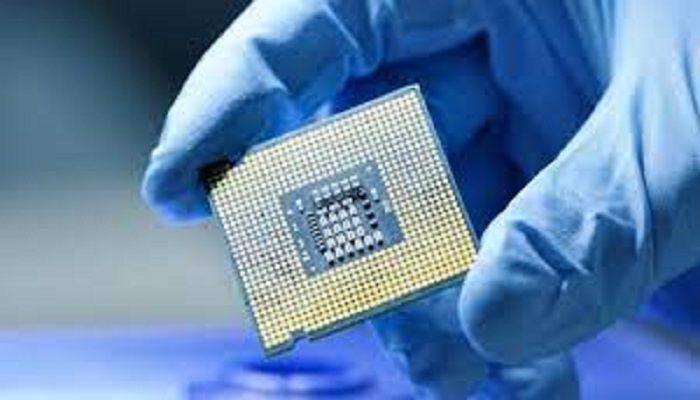 Bosch opened a billion-euro chip factory in Dresden last year, a record investment as it seeks to gain a foothold in the growing market for chips to power electric and autonomous cars amid global shortages. The group, which makes silicon carbide chips and microsensors for everything from cars to headphones, will spend 170 million euros on new development centers in Germany, in the cities of Reutlingen and Dresden, and 250 million euros to expand its Dresden wafer plant.

Bosch also announced on Wednesday that it will explore the possibility of making chips based on gallium nitride (GaN), which offers a four-fold reduction in power loss compared to traditional silicon-based chips. Indeed, while other chipmakers such as Intel and TSMC plan to develop tiny 2-nanometer chips, Bosch’s wafer fabs are designed for the 40-200-nanometer chips used in electric vehicles. Europe can and should use its own advantages in the semiconductor industry, Hartung said.

Bosch intends to put European needs first. The goal should be the production of microcircuits for the specific needs of European industry. And that doesn’t just mean chips at the low end of the nanometer scale, he added. Bosch uses most of the chips it manufactures in its own products, but also relies on third-party sources. Our suppliers must allocate their limited resources purposefully, we must do the same with our customers,” said Hartung. He added that it has not yet been decided how the remaining funds will be spent.

Bosch will apply for EU funding under the Important Projects of Common European Interest (IPCEI). However, Bosch is not the only company investing heavily in the semiconductor sector in Europe, and particularly in Germany. American hardware manufacturer Intel announced this year an investment of 33 billion euros in semiconductor production in six European countries. Intel said it will build a major 17 billion euro chip factory in Magdeburg, Germany, and an R&D center in France.

In Italy, Intel plans to spend 4.5 billion euros on a plant for assembly and packaging of chips, and in Poland it will expand the presence of a laboratory. In Spain, the company will launch a joint lab with the Barcelona Supercomputing Center to study zetta-scale computing, and in Ireland it plans to double existing chip production with a €12 billion expansion. In a statement published on September 7, 2021 on its official website, Intel announced that in the long term, it may invest up to $80 billion in Europe over the next decade.

According to Intel CEO Pat Gelsinger, this investment is part of the European Chip Act, which will allow private companies and governments to work together to significantly improve Europe’s position in the semiconductor industry. Thus, Intel should receive €6.8 billion in funding under this law during the construction and commissioning of the Magdeburg plant. The aid was announced by Martin Krber, a member of the Bundestag from Magdeburg, in June, and the amount of funding for this year was confirmed in the federal budget statement.

In May, the Spanish government announced a €12.3 billion investment plan to turn the country into a major microchip producer and help reduce Spain’s and the EU’s reliance on microchips. The Madrid announcement came as Prime Minister Pedro Sanchez was scheduled to meet with tech executives at the World Economic Forum in Davos, Switzerland, to explain the plan and seek new investment. The Spanish initiative is to be partially financed by the funds of the European recovery plan after COVID-19.

What is your opinion on this matter?

The EU may struggle to fund the $48 billion chip law as existing funds have already been allocated to other projects.

The EU is setting a target for the production of advanced semiconductors by 2030, and the US company Snat plans to allocate $30 billion to the development of the chip manufacturing sector.

Spain invests 12.3 billion in the production of semiconductors and microchips to become a benchmark in this strategic sector, which faces major shortages