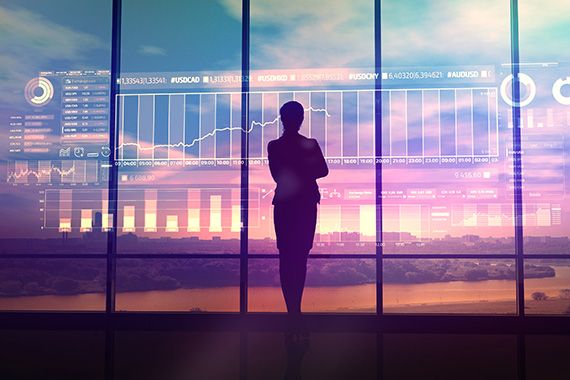 NUMERICAL INDICATOR. Return on assets is an important indicator to know when determining whether a company is using its investments efficiently or inefficiently. However, this relationship has some pitfalls that need to be recognized in order to make a fair and useful analysis.

The return on assets is a quantitative measure of a company’s efficiency in using its assets for profit, says Alex Fabian, portfolio manager and investment adviser at TD Wealth Management. In the simplest case, it is calculated by dividing the company’s net profit by its total assets.

“In general, the higher the odds, the better,” says Alex Fabian. However, an investor who wants to continue his analysis can adjust the calculation in different ways. Since the return on assets in its simplest form is a going back indicator – it is based on historical data – it may be a good idea to replace net income with projected future net income.

In addition, because total assets include both debt and equity, some analysts add interest expense to net income. The logic of this modification is that these amounts are transferred to creditors, and their financial contribution is already taken into account in the denominator. Thus, the indicator calculated in this way will give a better idea of ​​the operating profit that a company can receive, regardless of its capital structure.

Although the return on assets is useful for many industries, an investor should only use it to compare companies in one industry, says Alex Fabian. “You have to compare apples to apples,” he illustrates. You don’t want to compare a real estate company to another in the industrial or technology sector. ” Indeed, the average ratios can vary considerably from one sector to another.

Philippe Lapoant, an investment analyst at Rivemont, cites several numerical examples: “For a bank, a ratio of 1% can be a very good sign, while in technology this ratio will be considered good at 5% and excellent at 20%. . ”The analyst also believes that this ratio is slightly more suitable for analysis in the banking sector, mainly for accounting reasons.

“In their balance sheets, banks report their assets at market value, or market valuation. In most other industries, preference is given to the cost of acquisition, which may be a little less informative if there is a need to replace assets.

In addition to comparisons between similar companies, Philippe Lapoant notes that the productivity ratio can also be used to assess the evolution of a company’s performance over time.

“If you don’t compare, the return on assets doesn’t matter much,” he says. Amazon’s ratio may be 4.2%, but the figure itself is uninformative. Therefore, we can analyze the progress of the coefficient over time. The analyst explains, for example, that if an investor notices that a company’s profitability rate increases from year to year, this is often good news. .

“This means that the company is improving its operations,” says Philippe Lapoant. If you study a company that invested heavily at the beginning of its existence, its profits can accelerate much faster than its long-term costs. However, he warns investors about cyclical sectors. Then the ratio can be misleading.

“Think of the oil industry,” he said. In recent months, companies in this sector have had much higher returns on assets than in recent years. The same is true in other cyclical industries. Yields will often be better with arrows. ” In these cases, cut Philip Lapoant, it is better to use the ratio to determine which operator is the best in its sector.