When you arrive in front of the screens at 4 am and realize that the Barron’s reporter has not found a better headline than “Wall Street ends sharply lower on the worst day in TWO WEEKS.” You wonder how you’re not going to use the term “goldfish memory” for the 214th time in one of your columns. When we come to do statistics to know how long it has not decreased by 2%, it’s time to go on vacation. Or stop making stupid statistics that are useless. If you do not scare everyone to hell.

When we summarize yesterday’s session, we can AGAIN understand that we live in a two-speed stock market. Two speeds that are interspersed with the fact that the planet turns itself on, and that we do not have the same information in Tokyo when it is still midnight in Paris. And not the same data in Paris when it’s 11:45 in New York and it’s time to go to Deli to buy an 8-story pastrami sandwich everywhere. Yesterday we started the session in complete (almost) euphoria, because the Chinese reduced the quarantine rules. So for all those who have only one dream – to go on a summer vacation to Beijing, you will have only 7 days of quarantine, to which are added 3 days of observation in the chosen place. , in the center run by the government. I think the last three days must have been exciting – “at the center run by the Chinese government” – I imagine the atmosphere. It should look like Club Med, but without the ball bracelets to pay for cocktails.

But Mr. Market described the news as EXTRAORDINARY, which, of course, forced Europe to rise as a whole. At the same time, Mr. Bernard Arnault’s PEA improvement, as the entire luxury sector was delighted with the topic. It is ridiculous to see the Chinese being released and that we are planning to put the barrier gestures back in place on the Cote d’Azur as COVID cases explode. It’s really, really interesting, and we almost want to bet to see when Macron will limit France to take revenge for not having a majority in the National Assembly.

Be that as it may, China allowed Europe to make a short day of recovery. A small day of recovery, during which we managed to forget for a moment about inflation and decline. However, this did not last long, because as soon as New York opened, we returned to our old customs and our old obsessions, which are hard to die. First of all, even if China reopens its doors and allows its citizens to leave their homes, we have not seen such optimism in the figures from Nike. We talked about it yesterday, ex-sponsor Roger Federer (former Swiss tennis player for those who forgot) really released quarterly figures above expectations. But since it’s like the FIRST NUMBER of the second quarter, a wonderful world of investment with all its prospects, its vision and its reading skills in the crystal ball and, therefore, in the future, interpreted things in its sauce.

In fact, although almost all the figures were better than expected, we were skeptical that the situation on the Chinese side was becoming somewhat tough and that it was becoming tense in terms of margins. Ignoring the Chinese detente announced that morning and the fact that we could spend three wonderful days at the government center, with a cotton swab being poked in the nose eight times a day, the speakers concluded that Nike’s future was rotten. and that if Michael Jordan does not return to court, the next few months will not be rosy. The name, which has lost more than 30% since the beginning of the year, was RE-CHOOSED to dismantle 7% last night. But that was not all.

That’s not all, because yesterday there were a lot of people on the balcony and you had to know which side to choose. Horn camp or plantgrad camp. I must say that looking at the corner of my eye, I still have the impression that it was easier to be a pessimist than an optimist yesterday. Although nothing is fixed and given our great difficulty in concentrating on the same topic for more than 12 minutes, I would not be surprised if this Wednesday’s session is an accurate reflection of what we lived on Tuesday.

In addition to Nike, which ended at its lowest level since the summer of 2020, it should be remembered that we had consumer sentiment indicators that were below 100 and ESPECIALLY, above all, below analysts’ expectations. Which is still very surprising, because lately the analysts in question are equally fair. In any case, only half the time. Thus, Wall Street expected a full 100 and reached 98.7, the lowest figure in 16 months. It would seem, and I quote, “that Americans are increasingly concerned about high gas and food prices and the health of the economy.” Which, you’ll agree, is relatively strange. Given what we read in the press, in the newspapers, what we hear on television, and what the financial influencers say on TikTok, we might think that Americans were much more confident and ready to make America great again. On the other hand, there is no word that the judges of the Supreme Court are absolutely stupid about abortion and that they are just as stupid about weapons. But, apparently, this is not part of consumer confidence.

Confidence is half-mast and a recession is ahead

Because consumer confidence has hit the market hard, because in ONE SECOND it was not expected that the average American would get tired of paying $ 5 a gallon and get tired of seeing supply chain problems continue to dominate the headlines. Katie Wood came out and took advantage of the fact that she expressed her vision to the same Americans, solemnly telling them that the country is ALREADY in recession. The guys are on the edge of the abyss in terms of confidence, so they really needed us to add a layer to them. Unexpectedly, all the techno – especially the headlines – were carefree – and we took the opportunity to publish statistics that say that the years of the by-elections are always rotten years. 40% more volatile than in other years. And that in general we do not find the “bottom” of the year until the third quarter. The third trimester, which begins on Friday. On the other hand, statistics do not say WHAT TIME WE ARE DOING prostitute FROM BELOW !!!

While we are reassured, it’s not only bad. Although Jeremy Siegel is as interested as Katie Wood in the recession, there is also a bit of good. But you have to be patient. First of all, it’s Michael Berry, who believes that indeed a recession, we will take on the whole burden (wait, there will be a positive and optimistic side), but AS SUCH, the Fed will have to quickly reduce rates at the end of the year. If this is not good news about a death that kills, I don’t know what it is !!! And that’s not all, there is an American management company specializing in techno and semiconductors, which says that the sector (and SOX in particular) will double in 24 months. If it ever becomes a hit, I’m ready to put everything on a leverage tracker 4 and come back in 24 months, and then do as the head of Jupiter Fund Management, Andrew Formica (nothing to do with the tables of the 70’s) who announced his resign to go “do nothing but sit on the beach.” 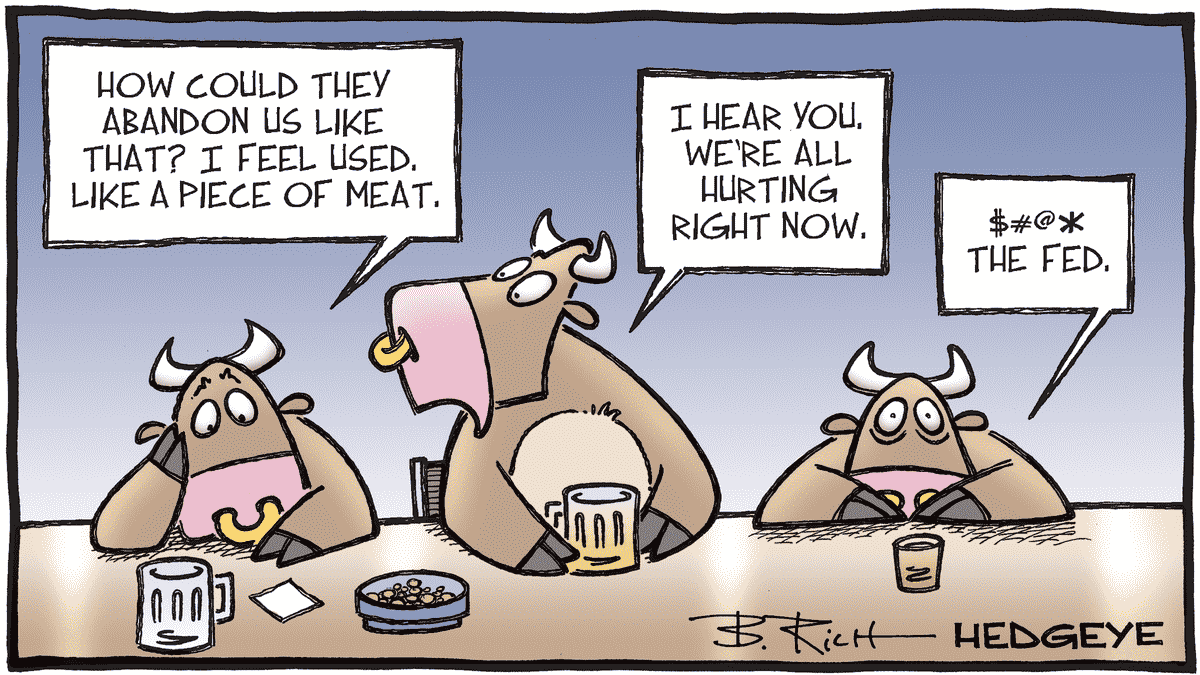 Simply put, there was a bit of optimism 24 hours ago, and the bravest were betting on a rebound in the bear market, but the rebound could still go higher. This morning we are interested in what we do there and when the weekend begins. Asia begins its session in dark red, as Hong Kong fell by 1.6%, Tokyo by 1% and China lost by 0.6%. The reasons should be sought in the date of the beginning of the recession and in the fact that there are fears that “growth may slow down.” It also seems that from today to October 12, 2023, we may have heavy snowfalls and terrible heat. But not at the same time.

The oil cost $ 111, and the Americans boarded a Russian oil tanker bound for New Orleans. I must say that I have hallucinations when I know that there are guys who chartered a tanker, thinking that we will not notice it. The article does not talk about the level of alcohol in the captain’s blood. Gold is worth $ 1,821, and bitcoin is still questioning whether its place is below $ 20,000 or above $ 20,000.

In today’s news, it should first be noted that Novartis has announced its intention to lay off 8,000 of the 110,000 who work. In Switzerland, this is 1,400 jobs. The goal will be to save a billion a year by 2024. Those who are released will be happy to take part in this military effort. At the same time, we had to find a vaccine against COVID against Pfizer. Still on the subject of layoffs, Elon Musk is in the spotlight as 500 laid-off employees are suing him, and we also learn that the 200 laid-off people come from the autonomous car division. really work SUPER-GOOD.

As for the environment and energy in abundance, it should be noted that the head of the EIA – Energy Information Administration – believes that if the Russians cut gas in Europe by 100%, it will have to reduce consumption. at 30%. Emmanuel Macron has already announced that his ministers will now travel by bicycle and that Elisha will be transferred to Guadeloupe to avoid heating costs.

And then, yesterday, Christine Lagarde spoke. His speech can be described in three sentences:

“This is a big challenge for our monetary policy”

Besides, we may be wondering how she manages to tan so much in June, and we wonder if she’s in the office often. One may also wonder if his speech for next year’s Bac Philo could be used to demonstrate how to open the door. You have an hour to respond.

As for today’s figures, we will be very happy, because there will also be consumer confidence in Europe. CPI in Spain and Germany, which promises to be funny. There will also be ZEW in Switzerland, then GDP in the United States, as well as mortgages and PCE, an inflation-related figure that the Fed is VERY watching, and therefore we are VERY watching. And then, since that certainly won’t be enough, we’ll also have Jerome Powell’s performance … not counting the numbers from Bed, Bath and beyond – although I SUGGEST that the Fed boss’s speech will take a little longer than the top of Bed, Bath and Beyond. .

Now futures are rising by 0.15%, but I would not take this as a reliable indicator, let alone hard money. Here, here and here. I can only wish you a very good day at the bottom of our bank, walk in a circle and at every turn forget what happened yesterday.

Have a nice day and see you tomorrow, in great shape and color.

“In our darkest moments, we have to focus to see the light. -Aristotle