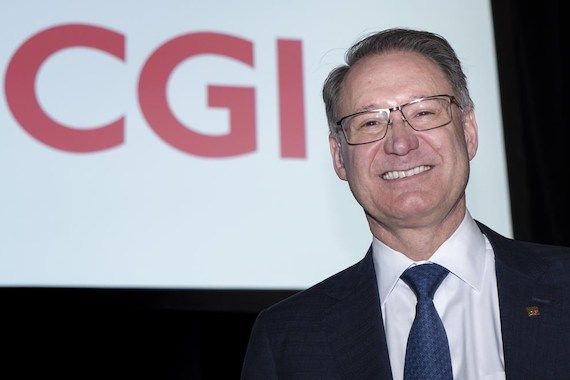 The management of Montreal-based multinational technology consultancy CGI ( GIB-A.TO ) believes it is protected from the effects of a possible recession, while companies seem to have no doubts about their technology investments.

That’s according to CGI President and CEO George D. Schindler, who was repeatedly asked about the topic during a call to discuss the company’s latest quarterly results Wednesday. “Information technology is no longer a discretionary expense,” he said.

The company has performed relatively well in previous recessions despite the slowdown in business, the executive said. According to him, technology has more strategic importance for business than in the past.

To illustrate his point, Mr. Schindler cited conversations he had with a client in Europe. “The discussion was, ‘We’re getting ready for a recession, but we’re also getting ready to spend more on technology than ever before.’ This is a change. I don’t think we heard a comment like that in 2008-2009 [pendant la crise financière].”

Analysts’ strong interest in demand, which covered most of the questions, comes at a time when risks of an inflation-driven recession and rising interest rates are raising concerns in several industries.

In his conversations with clients, Schindler says he’s seen a “commitment” from companies to continue investing in technology that allows them to modernize their operations, be more efficient, reduce costs and fill labor shortages.

However, businesses are reportedly well aware of the economic risks on the horizon. According to a survey conducted earlier this year, sixty percent of CGI’s customers said they expect operating costs to be stable or to decrease. However, the survey shows that 80% of customers plan to maintain or increase the budget they allocate for technology investments.

In this favorable environment, CGI continues to hire. As of the end of June, the company’s workforce grew by more than 10,500 consultants and professionals compared to last year to approximately 88,500 worldwide.

Schindler said an employer has to spend more money on training new employees in a labor shortage, but the investment will pay off when new hires can work paid hours.

The job market is still “very tight,” despite reports of layoffs at some Canadian startups like Goodfood and Wealthsimple, or at U.S. companies like Netflix. The CGI survey mentioned above mentions that 88% of its clients have difficulty finding professionals.

The results are above expectations

CGI management made reassuring comments about demand as the company reported slightly better-than-expected results for the third quarter ended June 30.

TD Securities analyst Daniel Chan said the 7.9% rise in revenue to $3.26 billion supported management’s bullish outlook. Excluding currency fluctuations, revenues would have increased by 11.5%. “The strong revenue growth reinforces our confidence in the sustainability of technology spending despite economic uncertainty.”

The company announced a net profit of $364.3 million, which is 7.6% more than in the same period last year.

Adjusted diluted earnings per share, which excludes certain acquisition-related charges and income taxes, were $1.54. US compared to USD 1.36. USA for the same period last year.

Prior to the earnings release, analysts had expected earnings per share of $1.53 on revenue of $3.21 billion, according to data from Refinitiv.